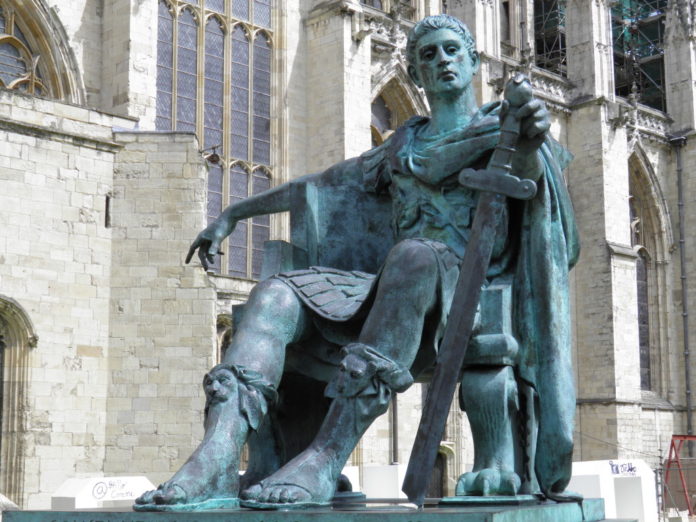 It is known that two of our great predecessors, great Constantine of Illyria and Mehmet Ali, have built two of the most important connecting points of the world, which remain such important even today. The first founded Constantinople and the second built Suez.

In fantasy you may deal me with a sick nationalist, I would always like that statue of the Great Constantine be there in Durres or Vlore … It’s not just about the history, but firstly it is as a reminder that this road, despite the common opinion, should have been one of the most important, not only for Albania, but also for others.

Differently from us, its importance was realized by the Greeks firstly, who replaced the great Egnatia of Constantine with the new Egnatia, which this time does not start from the ports of Albania, Vlora and Durres, but from Igoumenitsa.

The problem could be considered closed and in an ordinary case, you could connect our absence of attention with the difficult period that our country passed in the transitions period, or our neighbourhoods that  utilized their chances perfectly.

Is it really a closed  problem and we can say that we finally lost the train that got us faster in Europe through this important instrument?

I believe we are still in time, based only on our ports, especially Vlora’s port,  since its potential is not only far more important than Igoumenitsa as capacity, but also that many of the important ports of Europe or further .

The work of the great Constantine actually made the road between two Romes to become for a long time,the most important way to the ancient world.

In Albania, this street, with two other parts and called Egnatia, came from Vlora and Durres and crossed between Elbasan and Rrogozhinë to go to Constantinople or Istanbul today.

Always when I pass near Rrogozhina, where only a few times ago, maybe a year, there is a roundabout that has barely been made after ten years of struggles, smiles bitterly. Once in the early after the Second War and by the 1970s, Rrogozhina was a dispatcher from where to go to south. Gradually she lost her importance.

However, it is curious that with all the failed economic policy, Hoxha, saw little more than that of Elbasan as a central point or dispatch from which it could create some kind of equality with all the other points of the country. He built there the Metallurgical, and there were also state reserves.

But let’s get back to the topic.

Egnatia Street turned our country for a long time as a transit country. I believe that this characteristic had its negative side. That never allowed the country to build a regular state rules, or in today‘s terms, the real state administration.

This feature continued even after the fall of the Roman Catholic. From our shores often we go to the Constantine Rome, even to possess or looted it.
Turkish invasion missed this feature for 500 consecutive years and made Albania just a frontier area of ​​the empire. The reason seems elementary.

From all the powerful empires that existed in time, Turkey was weaker than the naval power. In this sense, she saw the development of the two cities, Durrës and Vlora unreliable. You can see this also in the picture of foreigners that Durres of the 1500s was much more developed than the one that came later. And this for the reason indicated above.

Starting from this point, I believe that passing across Europe by land routes, was the most important. Therefore it is enough to understand why Belgrade has not lost its importance for a large period of the Ottoman Empire’s existence.
Turkish Period prompted Albania to lose its importance in all his plans. There was only one interest of Austria that, with the weakening of the Turkish Empire, trying to prevent any penetration of Russia by land way to Constantinople or Istanbul today. Our historians have not provided specific details that during the Hoxhas period because of the relationship that he had with Russia. Instead of a good study about the issue, because these relations, always leaping to consume only the fact that Lenin had denounced the decisions of the London Treaty for the division of Albania.

The period of independence or Zog’s period gradually developed some other streets, such as Durres-Bari, -Follorinë Korca, Gjirokastra, Ioannina, or Shkodra -Montenegro.

Hoxha period, which led to the isolation of the country, however, had an interesting specific. Despite his hostility to Yugoslavia, he was forced to use her, becouse after the Cold War,there were one of the most important corridors linking East and West, or otherwise, Corridor 10. The last one starts from central Europe and go to Budapest and Belgrade, Skopje-Thessaloniki and finally Istanbul.

Our chances of revitalizing the transit position embodied in what we call the 8th Corridor come and strengthen just before the war in the Ex-Yugoslavia, which, among other things, suspended Corridor 10 for some time.

Did we use this and what was the neighbors’ real position?

Italy saw Durres, Vlora or less, as an extension of the southern Italian ports, to enter to the heart of the Balkans. The Italians were most fond of Durres. Even a short while ago you could see in Bari big tables talking about the importance of the 8th Corridor, but at its core as a gateway to Albania,the port of Durres … but not Vlora.

Of course, Vlora and its port can not afford much conveniency for Italy and Greece. The last one, as noted earlier, replaced the 8th Corridor through the port of Igumenica and the new Egnatia.

Corridor 8th  slowly passed to “Greek calends” and no one Albanian politician talks about, for a long time.

In a minimalistic look at the problem, Corridor 8th  is a neccesity if you look at Albania’s map. Following his steps, just as in the time of Great Constantine, you realize that it is the shortest distance that allows you to enter and leave the country. Not building it is like leaving a man without a “trouser belt”.This belt is a necessity even for bigger reasons. If Albania were to build the Vlora Port, she would give the 8th  Corridor the glory he once gave Constantine.

Its huge potential (estimated to have a greater depth and the natural user base several times larger than that of Rotterdam) allows the Corridor 8th to be built with the other people’s money. This is in terms of the profitability that is provided by this port.

The great potential of Vlora allows not only Albania, but also its neighbors to use it and Corridor 8th . Moved further to Skopje, where it crosses Corridor 10, it multiplies its supremacy.

Let’s suppose we’re inside those fantasies that ultimately do not harm anyone. And let’s suppose the problem simply. Is it allowed for a country that has such a stretch on the map to not tie its two shortest entry and exit points? It’s like I said before, in a comparison that someone might find it vulgar, leave a man without a trouser belt.

I believe that if Albania will not decide this “strap” exploiting its geographical position, despite the desire or reluctance of neighbors, makes one of those mistakes that will keep an even poverty for a long time. 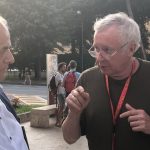 Previous post
Russian scientist Igor Bylyzhenkov: Yes, I belive in the physic work of Nazarko
Next post
The old Breed 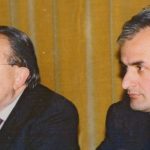 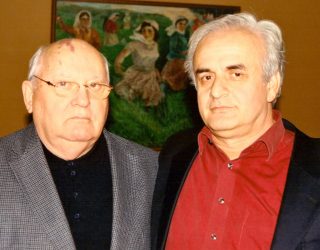 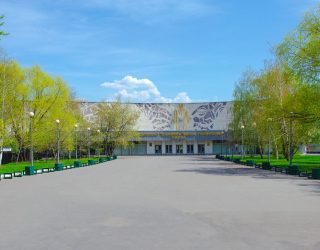 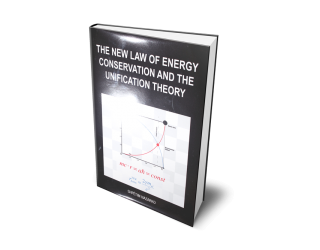 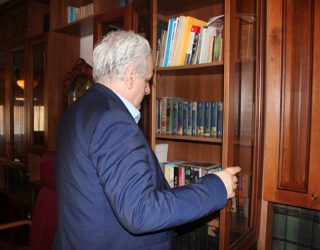 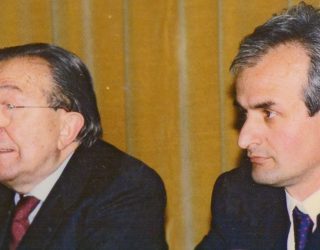 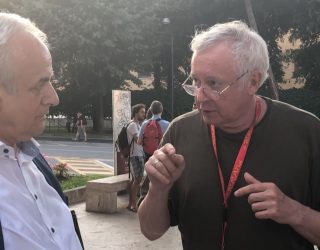